Meet Our Board Of Directors

​Nicki Bruno - Board President
Nicki Bruno is the owner of Bruno Cellars, a boutique winery located in Loomis, California.
Prior to opening the winery in 2002, she worked in the banking and telecommunications industry
for nineteen years.  She has served on several local boards and fundraising committees and enjoys working with The Taylor House Team.  She is married with three children and two grandchildren. ​
​​ 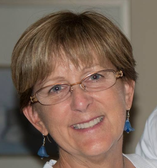 ​ Leslie Ferrini - Marketing and Secretary
Leslie spent over 35 years in multiple sales and marketing roles in the medical capital equipment industry. She   recently retired from Siemens Healthcare as VP of Strategic and National Accounts.  Leslie volunteered as a   Placer County CASA and Mentor where she met Taylor House founder Lisa Peat.  Her volunteer activities   moved to The Taylor House, where she continues to provide guidance, friendship and support to the young   ladies residing at the house.  Leslie is an avid golfer and enjoys working out cooking, travelling and the   outdoors. 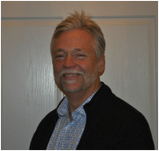 ​Lance Gannett - Maintenance
A former grocery industry executive and current sales representative in the building industry, has been a volunteer for The Taylor House since 2011.  Lance learned about the mission and vision of The Taylor House while volunteering as a court appointed special advocate (CASA) for Child Advocates of Placer County. Taylor House founder Lisa Peat was Lance’s CASA trainer and, along the way, shared The Taylor House story.  As a father of two girls, Lance was already sympathetic to the challenges young women often face. What he saw in court, and what he heard about The Taylor House, made him anxious to get involved.  It didn’t take long for Lance to begin volunteering during the remodel of the property. He also supports the nonprofit at its various fundraisers and continues to act as the unofficial handyman at The Taylor House.
Lance became a member of the board of directors in December 2014. 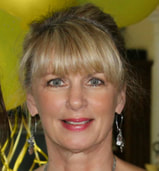 Sherry Graham - Treasurer
Retired from Lawrence Livermore National Laboratory in 2010 and moved to Placer County in 2005.  She offers a diverse set of skills in business operations, human resources, budget and coordinating large events. Sherry began volunteering at the Taylor House in 2012 and joined the Board of Directors as Treasurer in April 2014.  She admires Lisa’s dedication and commitment to the mission of the Taylor House and finds it rewarding to contribute to the success of the young women who benefit from their residency.  Sherry lives in Lincoln with her husband, Bill.  She has two married sons, seven grand children, and two dogs. Her hobbies include design and decor, sewing, cooking, entertaining, and spending time with her grandchildren. 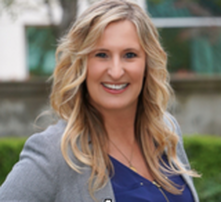 ​​
​Tracy Gorman
Tracy Gorman is a 20 year veteran with Wells Fargo Bank and is currently an Administrative Assistant who supports two District Managers and over 15 branches. Tracy has held a variety of positions within the company over the course of her tenure. Through Wells Fargo’s volunteerism projects, Tracy was introduced to the Taylor House and was immediately drawn to the mission of what the Taylor House does to encourage, educate and develop the young women it supports. Tracy has enjoyed volunteering for a number of projects over the last few years supporting Taylor House and is excited to hold a more involved role of the organization on the board. Tracy is a resident of Rocklin where she enjoys spending any free time she has with her dear friends and family.

​Rick Stalker - Governance and Fundraising
Rick Stalker joined The Taylor House board of directors in 2015.  He is a Sacramento native and
Broker / Partner with Stalker, Burnett & Skiff Real Estate Group.  He is married to Donna Burnett with two children and resides in Roseville.  Rick brings knowledge and insight from previous local non-profit organizations in both community outreach and practical skills vital to the non-profit sector.  Rick was instrumental in raising funds while serving as the committee chair for Placer County Habitat for Humanity.  Rick attended the 2015 Taylor House Annual Gala and realized he wanted to get involved and lend a helping hand with our young adults while teaching life skills critical to their long-term success.  He finds that his commitment to the board, volunteers and donors is incredibly rewarding. 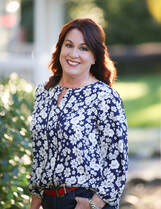 ​Lisa Peat - Founder
​Founder of The Taylor House, retired from Washington Mutual Bank in 2004, where she worked as a Senior Account Executive in The San Francisco Bay area for 10 years. Upon retiring, Lisa returned to Placer County where she built a home and enjoys spending time with her grown daughter, animals and practicing yoga.

In 2007 after years of volunteering at several, local, non-profit organizations such as the Sacramento Aids Foundation, Meals on Wheels and Gold Country Wildlife, Lisa joined the CASA organization and became a court appointed Special Advocate in Placer County. Out of her passion for advocating for teen girls in foster care,  Lisa realized that there was a housing need for emancipating foster youth and out of that passion the Taylor House vision came to life.

In 2011 Lisa bought a run down 6 bedroom 2 bath home in downtown Roseville for the purpose of allowing former foster girls to come live in a safe environment where they can learn, live, grow, make mistakes and launch into their true independence.  Lisa's vision is to allow the girls to get a first hand experience of the "Real World"  learning valuable life skills, such as job and College paths, what it means to pay timely rent and being a productive  part of their community.

Linda King
Joined the Taylor House as Program Manager in the latter part of 2016 with a background ‘taylor-made’ for supporting our residents in all aspects of their development.  She possesses and nurtures a philosophy for thinking outside the box and utilizing ingenious resources to create a fun and productive daily environment where the girls can continue to expand pride in themselves and their home while developing their unique and special excellence.  The opportunity to pay forward a lifetime of blessings and experience to the youth who are supported by the well-developed foundation and program the Taylor House has to offer was an ideal discovery and mutually beneficial association.  Linda enthusiastically encourages visitors to join her on a tour of the Taylor House home and cross the threshold to her office, dubbed “Solution Central”, where the girls know a solution to anything is possible!

Connie Addy
Connie graduated from Sacramento State University in 2018 with a Bachelor's Degree in Healthcare Administration. As a student, Connie was the President of the Healthcare Administration Club and a member of the Snowboard and Ski Team. She has been a volunteer for The Taylor House since 2015 and joined the advisory board in 2018. Connie has a strong passion for healthcare. She is currently employed with Dignity Health; and is an active volunteer and member for The California Association of Healthcare Leaders. Some of Connie's hobbies include skiing during the winter and wakeboarding in the summer.

​Kathryn Mathews
As the CASA Executive Director, Ms. Mathews oversees the day-to-day activities of the CASA program in El Dorado Hills California Prior to joining Child Advocates, Ms. Mathews spent 15 years with high tech companies, where she progressed from Customer Service in Sales to Director of  Business Operations for Global Services at HP.
​
As such, she brings a wealth of experience in sales, marketing and operations. Kathryn attended University of Phoenix focusing on completing her BA in Business Management. She has also been a volunteer for Meals on Wheels, Ombudsman and Adoption Support Services and is a past Santa Clara County CASA.
To donate your time, money, or services:
Contact Founder and Executive Director Lisa Peat at (916) 947-8823 or founder@thetaylorhouse.org
Mail Donations to The Taylor House | P.O. Box 853 | Roseville, CA  95678
Supporting the Taylor House, Inc., is a non-profit 501(c)(3) organization. ​EIN 46-0748514
Powered by